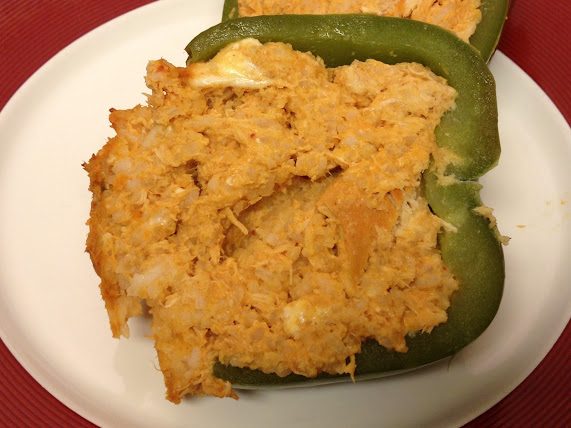 What’s a two-fer?  You mean you don’t know?  It’s like Bo-Go.  Y’all know what that is right?  Buy One Get One?  Except a two-fer is two fer the price of one.  A two-fer.  Get it?  This actually was more like a three-fer.  I did take some of the chicken and made some snacks out of it.  I tried my hand at buffalo chicken egg rolls; they weren’t purdy.  Then I tried won tons, yeah…not so much.

You see where I was going with this?  Matchstick carrots?  Blue cheese?  Wrappers?  Then I baked them, which I haven’t mastered yet.  They were nice and brown.  A little too brown I think.  We nibbled on them that weekend.  I liked the won ton wrappers better than the egg rolls, but I have problems with over stuffing my won ton skins when I use them.  What can I say?  I want them to be stuffed full!

You see?  I started the post, but they just didn’t look good.  Tasted FAB-ulous, but just weren’t blog worthy.  I will revisit this at some point.  I suppose I should tell ya what I’m talking about, huh?

A little while ago I made Buffalo Chicken in the slow cooker.  I turned them into sammies?  Remember?  Of course, we didn’t eat all of the chicken.  When I cook in the slow cooker, we rarely if EVAH eat all that is made.  So, instead of letting the left overs go to waste, I put the rest in the freezer for a later date.  Well, today is that day!  With the pantry and freezer cleaning cooking I’m doing, I decided to use this chicken up.

Yeah…that chicken right there.  There wasn’t enough for another round of sammies, so I had to think of something creative to do with with.
Little battles, remember folks?
S: What’s for dinner?
Me: Buffalo Chicken Stuff Green Peppers
S: *quizzical look*  Really?
Me: Yeah!  Why not?  *shrugs*
S: Oooookay.
Me:  If you don’t like it then I won’t make them again.

I can’t remember if he liked them or not.  He ate half of one.  Being as we had a decent side salad, I could barely finish half of one, so I’m sure he didn’t NOT like them.  Make sense?  *scratches head*  Not sure I can explain it any better than that.I was trying to think of other things I could have made with the left over chicken.  Stuffed pretzels.  Egg rolls or won tons.  More sammies.  Enchiladas?  Macaroni and cheese.  Um…..I’m out.  Any other ideas?  I have shredded beef and barbecue chicken in the freezer for later.  So, trying to figure out what to do with those meats, too.

I took 3 large, green bell peppers and cut the tops off.  I removed the seeds and membranes.  Then I placed them in a zip top plastic bag with a couple of tablespoons of water.

I microwaved them on high for approximately 3 minutes or until crisp tender.  You don’t want them to be mushy.  Steaming the peppers in the microwave speed up the cooking time.  You could cook them in the oven, but it just takes much longer than I want to deal with on a week night.  Once they were steamed to the desire level of doneness, I stood them up in a pan awaiting the yummy filling.

I’ve told you about my rice cooker right?  Any newbies that need to know about it?  Yes?  Sweet!  Cause it’s da bomb and I can’t say enough good things about it!  I set the timer to have the rice done when we got home…or at least I thought I did.  I forgot to reset the time for daylight savings.  Yeah…see the blonde hair?  *snort*  So, we had to wait a little bit for the rice to cook due to operator error.
I combined the chicken with 1/2 cup of fat free blue cheese.

Once it’s all combined, you stuff the peppers making sure to fill all the nooks and crannies.

Then bake them in the oven about 30 minute or so until the filling is completely heated through and the cheese has melted.

While they are cooking, you can whip up a nice side salad.

When the peppers are done, you can serve them whole or slice them open like we did.

They’re not very colorful, but they did taste good.  I’m thinking if I make these again, I’d add some carrots and celery to the stuffing.  They would add more veggies, which is never a bad thing, and add some color and crunch to the mix.