I don’t know about you, but when I think of barbecues I think of summer. I mean, that’s a no brainer. BUT, when I think of summer, I immediately go to banana pudding. I guess it’s something about summer, barbecues, and parties. That’s the theme for this week; Summer BBQ Party! That always means pot luck with this group and for me it means I’m whipping up a Banana Pudding Pie!

I think for every southerner this story always starts with, “My grandmother…” Well, at least mine does. My grandmother made the BEST and I mean THE BEST banana pudding. Just ask Dad. He brags about it to this day!! It was creamy, had the perfect ratio of banana slices to vanilla wafer cookies and the creamiest topping.

I’ve made my hand at traditional banana pudding. Not with such success. I couldn’t get the wafers right. The bananas did this weird texture change thing. It was edible, but it wasn’t Nana’s. I tried again. Same result. Obviously, there’s something I’m missing in the whole slice-the-bananas thing that I’m missing. I even tried roasting them then slicing them hoping they wouldn’t do that. Nope. Same result. But hey…roasting bananas? Now there’s something I’m adapting into my recipe from now on. 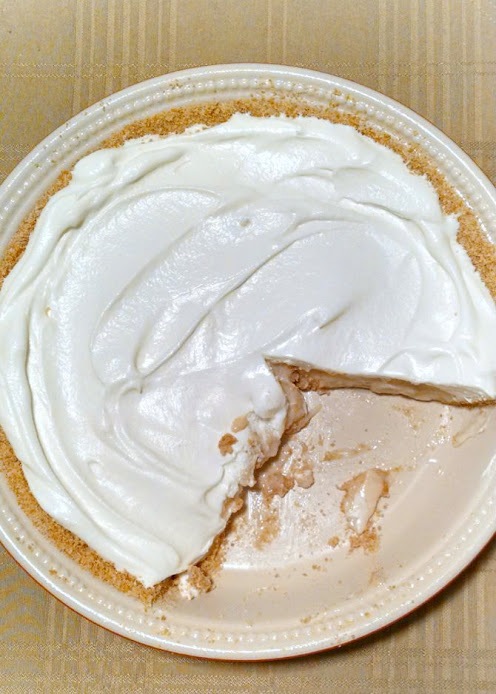 If you haven’t ever roasted bananas in your oven in your life go do that right now. I’ll wait. 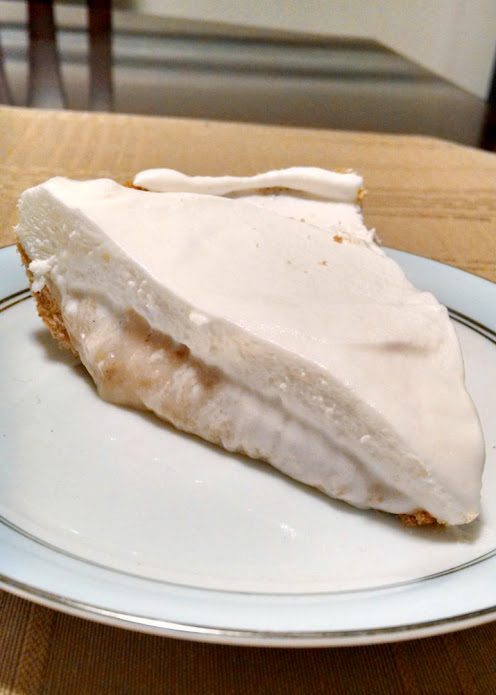 And now, back to this pudding. Since I was a failure at traditional puddings, I’ve resolved to make a vanilla wafer crust pie from now on. This is so so SO GOOOOOOOD! It has all the flavors of your traditional banana pudding, but with hardly any of the fat. I’ve used this same method, sans banana extract of course, for chocolate pudding, regular ole vanilla, essentially any flavor I want. Granted, if you weren’t eating a low fat diet like we are, feel free to sub your regular products for the fat free ones.

Make sure you scroll past my recipe and see what the rest of the #SundaySupper crew has brought to the Summer BBQ Party!