Cheesy Salsa Chicken is super tasty. It’s honestly Velveeta queso on top of chicken. You could easily shred the chicken and make some enchiladas out of them, soft tacos, nachos, or just eat it straight out of the slow cooker with a fork…or so I’ve heard. 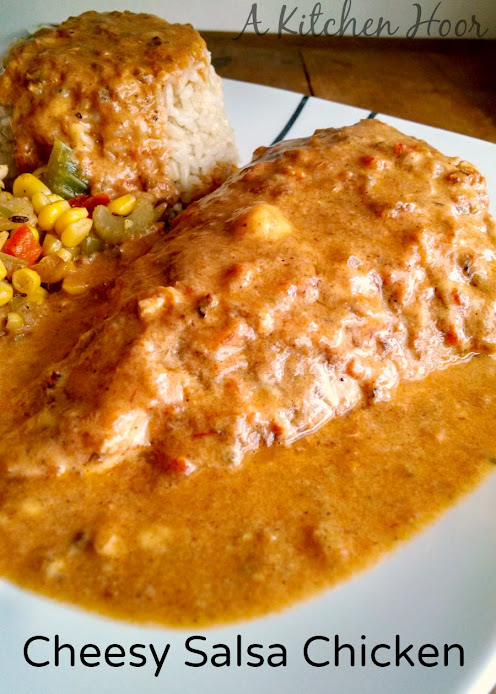 Sometimes I honestly do just come up blank and can’t think of a single thing to write about. You’d think, which as much babbling as I do on here, that that never happens. But it does. Today is one of those days. OH! I know what I can write about!! Not to worry, I’ll get to this tasty morsel in a bit.

Friday. Friday I worked half a day and then headed to GW Imaging for my MRI on my foot. Now, I’ve had an MRI before, but man!! Just to preface this; I had to NPO 2 hours before hand. I couldn’t understand why, but now I do.

Friday I left a little later than I needed to. I think I arrived right at the 30 minute mark. I filled out a few papers and then they ushered my back. Put on a gown. Okay. Now, remember, I’m coming right from work and had no anticipation of returning so I have ALL my stuff with me. So, there I sit, in the hallway with all my work stuff (lunch box, messenger bag, notebook) and now a clear plastic bag with my clothes, and a jacket.

Then I get called into a smaller room where I sit in a chair and they put this arm on the chair for me to rest my arm on. Um…okay. What’s this for? Oh. They didn’t tell you? Um….NO! “With contract means you need an IV.” Oh. CRAP! It’s not that I don’t like needles. I mean, I don’t, but the influx of whatever it is into my system cause adverse reactions. Like fainting.

Yeah. I know. It looks delicious!! It was the lunch I had before this ordeal and the lunch I almost thought I’d lose. True to form, I felt light headed. And that was just saline to make sure the IV was inserted correctly. The tech was really nice about the whole thing. She showed me a cute little vid of her son trying to climb the stairs. He was adorable! Okay. Feeling better. Now to sit in the hallway again.

Except. Now I have no idea where to put my arm. It’s got this thing in it and it hurts when I try to move it. This sill plague me the rest of the afternoon until they take that THING out of my arm. 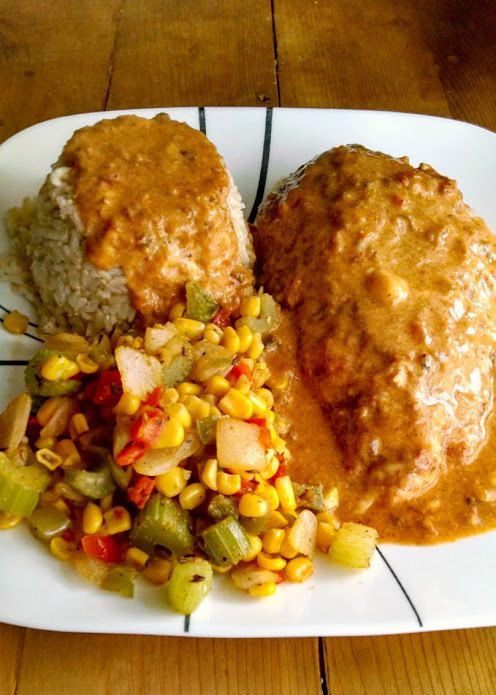 I’m waiting because the doc wants to see the images before they take the guy off the machine. FINALLY! I get ushered in and have to lay on my back. Legs straight. Nothing substantial under my knees and no place to put this monstrosity of an arm with the IV in it. Great. My mantra? “To be able to hike without pain.” And OMG this was painful!! I have a crap back. I have crap knees. By the time he was done with the regular images, I had lost all sensation in the said foot. Seriously.

Not to mention having NO place to put my arm that didn’t cause pain. FINALLY. He came into the put the “contrast” dye in and “Just 10 minutes more!” 10 turns into almost another 20 and I seriously can’t feel my foot except for the SHOOTING pain from the lack of circulation. It makes pins and needles feel like feathers!

FINALLY we’re done. The words, “All done” are still floating in the air and I bend my knee and move my foot faster than the Karate Kid can catch a fly with chop sticks. Now, it’s a waiting game for the podiatrist to review the images and tell me I either have a hairline fracture somewhere causing the small pain and hopefully tell me I can have that stupid nerve cause the longer pain issues removed or something.

Now. This dish? Is super tasty. It’s honestly Velveeta queso on top of chicken. You could easily shred the chicken and make some enchiladas out of them, soft tacos, nachos, or just eat it straight out of the slow cooker with a fork. It’s that good! I had two jars of salsa left. One was a spicy hot and the other was a chipotle. The combination of the two made for a smoky, spicy sauce on the chicken. That’s where you can really be creative; the salsa choice.

Cheesy Salsa Chicken is super tasty. It’s honestly Velveeta queso on top of chicken. You could easily shred the chicken and make some enchiladas out of them, soft tacos, nachos, or just eat it straight out of the slow cooker with a fork...or so I've heard.