This Ectoplasm Fluff Salad isn’t slimy it at all!  In fact, it’s packed with delicious pistachio pudding, pineapple, and marshmallows for a fun and delicious Halloween treat.

This recipe and the giveaway included in this post is sponsored as part of #HalloweenTreatsWeek. I received samples for recipe creation, but all opinions are my own. Thanks for supporting the brands that make A Kitchen Hoor’s Adventures possible.

#HalloweenTreatsWeek has been such fun! Have you been following the hashtag on social media? All those cute and deliciously ghoul-y recipes look super fun. I’ve saved quite a few from this week to make and take to work for Halloween.

In fact, work is sort of a reason for today’s recipe.

It’s true! We had two office food related gatherings. Not really a party to celebrate anything other than just an excuse to have food. We have about one a month? I think? Though we skipped September for obvious reasons. There were more, but there were 2 in particular where the UC brought in this fluff salad that is just awesome. Pineapple, marshmallows, Cool Whip, and I think there’s some toffee in there, too? It’s just delicious. The UCs dish for those two gatherings is what inspired me to make this recipe.

I just have to say that I’m glad I wasn’t part of any of the fiscal year closing activities. It was rather a relief after all those stressful years of having to work weekends and not being able to take ANY time off from September through October. Thought next year might be completely different the more work I pick up at this gig. We’ll just have to see. Either way, I’m sure it’s going to be less stressful than years past.

But enough about work. This post is about ectoplasm fluff salad. Which is just your typical fluff salad made with pistachio pudding, crushed pineapple, Cool Whip, marshmallows, and some chopped pecans.

Do y’all remember the first time you saw Ghostbusters? While it’s a hilarious movie with some epic actors, it was even more fun for us to watch as a family. Because, well, our family became haunted. I know I’ve talked about this before, but I can’t help but reiterate how true it really is.

So, there is a wee little AKHA not even old enough to be in kindergarten. I think I was 5? Maybe 4? I can’t remember. I just know it was a long time ago. It was winter because Mom told me to get my slippers from my room. My sister was watching TV and Mom was vacuuming.

Okay, so I have to preface this with I don’t remember much from my childhood. It’s not that it was traumatizing and I’ve forgotten it. My memory just isn’t there for most of my childhood. Heck even into my teens, young adult, last week. My memory is a sieve. Most things fall through the holes and those things that stay the rest of the family don’t remember so half the time I think I dreamt it and it didn’t’ really happen.

Except, I know this happened. This is not something a wee little lassie would make up. Trust me.

So, there I was running up the stairs to get my slippers. Except, I was a shorty and couldn’t reach the light switch. Which was okay for me because I could see in my mind where they were and went right to them. Which, coincidentally, was right next to the door that never opened. No matter what we did, we just couldn’t get it opened. But that’s another story.

I bent down to pick up the slippers and about halfway down the doorknob started to jiggle. And the door started to shake. I grabbed the slippers and ran downstairs. I don’t remember what happened after that. I’m sure Mom said I was hallucinating that no one else was in the house. My sister was still watching cartoons and I was just making it up.

Fast forward a few years and many mysterious lights turning on and off and doors opening and closing. We finally just started calling him Mr. Ghosty Bosty. It was a friendly name that didn’t freak us girls out. And we could easily blame a lot of strange goings on in the house on him. Things would go missing and mysteriously appear in the middle of the floor or something like that. You could hear people walking the house. Just your typical haunting.

Mom tells a story of someone waking her father up, who lived in the den at that time, and asking for Mom to come to the door. Except the footprints started on the middle of nowhere and ended at the window. Oh, and Grandad died ON Halloween in that house. I mean, there’s a ton of reasons why it’s haunted.

But, I said the family became haunted, not the house.

Because Mr. Ghosty Bosty moved with us from Kentucky to Virginia. And from the rental house in Virginia to the purchased home after it was ready. And he stayed with us for a couple of decades. I’m not kidding.

He liked to walk the house at night. He even coughed once and I heard him. Thinking someone had come home I searched the whole house. I told him he scared me and to stop it. I never heard it again. He loved to wake me up JUST as I was falling asleep. I’d get so pissed and fuss at him. Then he would stop. He moved things, hid things, and then would mysteriously return then when I asked for them. It was fun times at the house!

And Dad never believed us until he experienced it himself. It was sort of the last and final straw because we didn’t hear much from Mr. Ghosty Bosty after that. But there’s another theory on that.

Anyway, Dad was sitting on the couch one morning listening to a short wave radio. And older one with a dial but and LED display. He’s reading the paper at the same time and hears the stations change. Dad thinks nothing of it and turns the dial back. Then it happens again. He turns the dial back and watches it out of the corner of his eye. Mr. Ghosty Bosty turned the dial a third and final time. Because after Dad saw that he turned the radio off. He believed us after that.

But, I think it was my sister getting married and moving out that meant the family was growing up and Mr. Ghosty Bosty needed to go back home to that tavern turned house in Kentucky. You see, the story goes that he got shot outside of the tavern and died in the tavern. I’m assuming he enjoyed our company and that we accepted him as part of the family, so he stayed with us.

I know he checked in on us a few times. Sometimes, I would have dreams about him. I think his name was Johnny. At least that’s what I called him in my dream. And then he just vanished.

Fast forward a decode or more later and Mom stopped by the old house on a tour through Kentucky. She asked to see parts of the house that we had rebuilt. That one door, which miraculously opened one day, hasn’t been stuck since. Parts of the house we didn’t finish still aren’t finished.

And yes, the house is still haunted. Mom asked one of the little girls living there. “Oh! You mean the ghost? Yeah, he’s here.”

I know I didn’t talk about this salad that much. But it’s a fluff salad with pudding, marshmallows, and crushed pineapple. It’s delicious and simple to cook up for your little ghouls.

Make sure to enter the giveaway! There’s a great prizes to win from our lovely sponsors. And check out what the rest of the crew cooked up today.

Check out the amazing #HalloweenTreatsWeek recipes from our bloggers today!

Happy Halloween! It’s October which means it’s time for Spooky Season and this year’s #HalloweenTreatsWeek event! #HalloweenTreatsWeek is hosted by Angie from Big Bear’s Wife & its a creepy and haunting week-long event is filled with some amazingly wicked Halloween treats, recipes and some frightfully fun giveaways.

“When witches go riding, and black cats are seen, the moon laughs and whispers ‘tis near Halloween.”

Plus, don’t forget that we have 6 (six) great giveaways for you this week thanks to our amazing sponsors!

Scroll down to take a look! 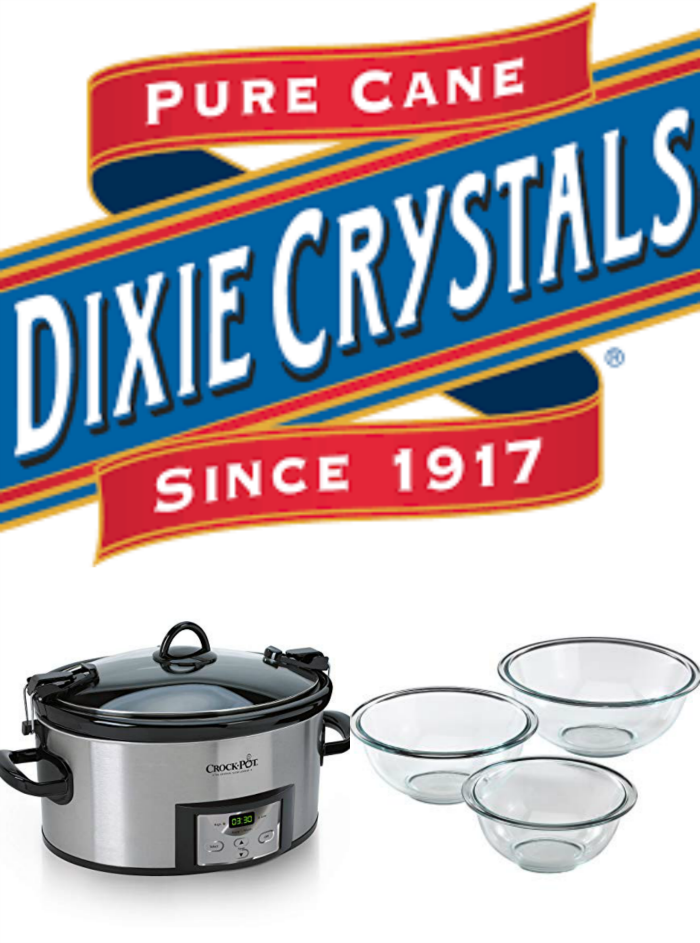 Prize #1 — Dixie Crystals is giving away a “Dinner and Dessert Set” – ONE 6-Quart Cook & Carry Programmable Slow Cooker, a Pyrex mixing bowl set plus some fun Dixie Crystals items like a Dixie Crystal Apron and Cookbook! 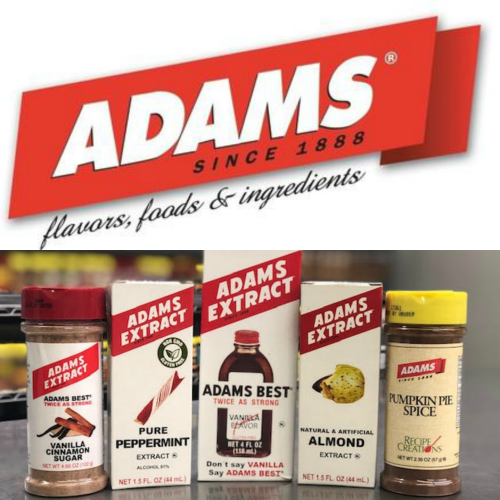 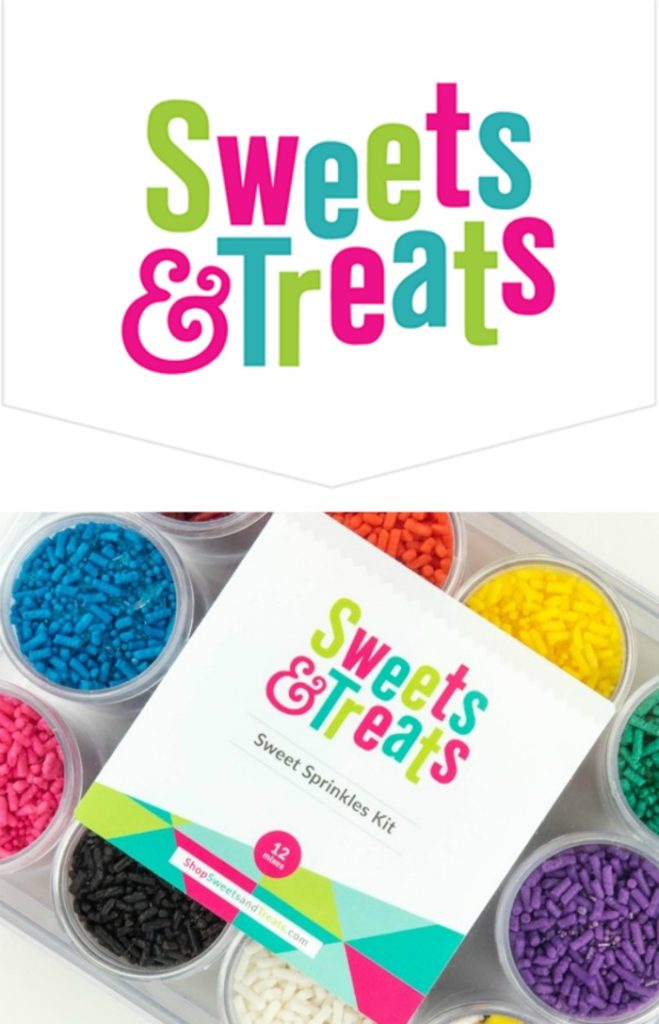 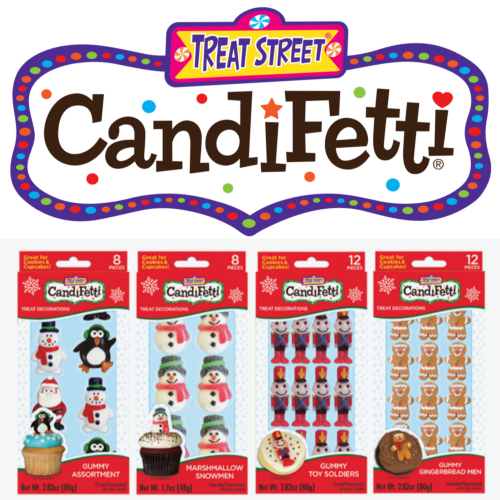 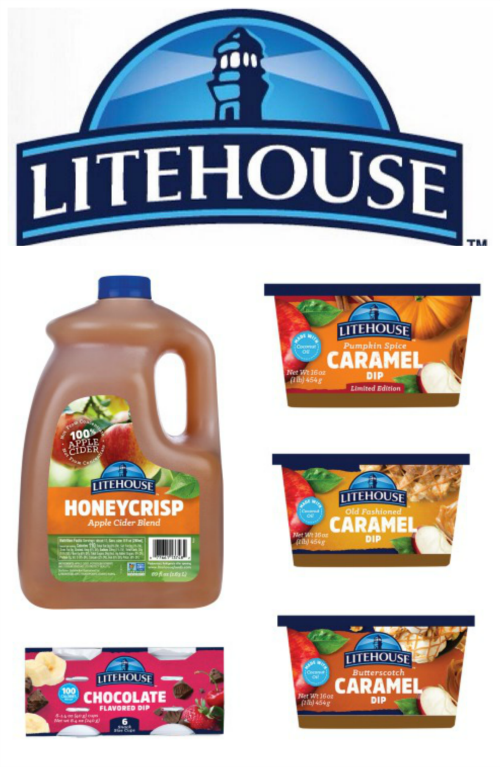 Giveaway open to US Residents 18 years or older. All entries will be verified. No PO Boxes Please. Prizes will be sent directly from sponsors to winners, bloggers are not responsible for prizes. This giveaway runs from October 7th – October 13th at 11:59PM EST. Winners will be selected soon afterward and contacted by e-mail. Winners will have 48 hours to respond or a new winner will be chosen. There are a total of 6 (six) prizes and therefore we will have a total of 6 (six) winners. No purchase necessary. Void where prohibited by law.

Disclaimer: These posts and recipes are part of the week-long event, #HalloweenTreatsWeek but all opinions are 100% mine! We would like to Thank our amazing sponsors: Dixie Crystals, Adam’s Extract, Wilton, Sweets and Treats Shop, Treat Street USA and Litehouse! These wonderful sponsors provided the prize packs for our giveaways and also sent samples and products to the #HalloweenTreatsWeek bloggers to use in their recipes.