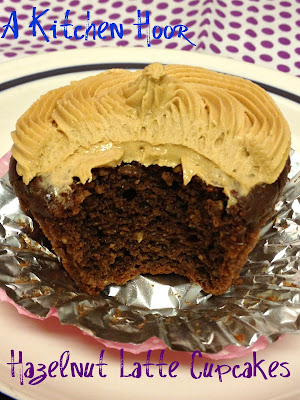 I thought it was Spring? I mean, it’s sort of contradictory when I bring in cupcakes in Spring wrappers and it’s doing THIS outside:

Seriously, I thought it was Spring? We had the equinox and everything, didn’t we?? Was there some sort of bizarre time travel and it’s February again?

Speaking of February, I’m headed to Colombia again in April. I can’t wait, but I’m kind of nervous. I’m team lead and I have to come up with a game plan. Game plan of what, exactly? Responses? SOP’s generated? That’s Standard Operating Procedures in non gubment speak. AND I have to collaborate with the other person going with me. BUT neither of us had had time to really sit down and discuss a “game plan” for while we’re there. *sigh*

And I know it’s early in the week, but can it be Friday already? When I’ve had to update the same 6 files 5 times today due to tweaking….and THEN have to figure out to recoup $800 on someone elses sheet? I’ exhausted and seriously just wanted to drink my dinner tonight. I. Want. This. Week. To. Be. Over.

I had it in my head that I was going to make cupcakes. I actually wanted to try TWO batches, but only had enough time, energy, whatever for one batch this time. The vanilla will just have to wait. I am on a cake kick to make a recipe that isn’t completely dry but not full of 1/2 cup of butter. This girlish figure HAS to come back. I had it somewhat of one at one point in time. I want it back.

Which is why I have been doing glaze lately. I’m not a huge fan of butter cream, but S isn’t a fan of cream cheese glaze or even frosting for that matter on everything I make. I don’t know why I wanted to make a cream cheese glaze other than I thought it might be interesting with the flavors? Cause I didn’t think of just a plain coffee glaze? Cause I over thought it? I really have no idea other than I just did. Deal.

So, I made the glaze and just wasn’t QUITE happy with the way it came out. It was too messy to redo into a cream cheese frosting, so I made a separate frosting. It tasted better. MUCH better. Don’t get me wrong. I liked the glaze, too, but I think I liked the frosting better. Now, if I’d done with the glaze what I did with the frosting and adding the instant coffee “extract” I might have liked them both the same. I may have to try that with my next coffee cupcake.

Fill 24 muffin cups with cupcake liners. Fill 2/3 full with batter and bake at 240 for 18-20 minutes or until a toothpick inserted in the center comes out clean.

Allow them to cool in the pan for 5 minutes then move to a wire rack to cool completely.

The instructions for the glaze and frosting are essentially the same. Combine all ingredients (after the coffee “extract” has cooled that is) in a medium mixing bowl and beat withe whisk attachment until night and fluffy, then pipe onto cupcakes and serve.

My piping skills leave something to be desired, but they have been getting better. The more I practice, the better I get. They look MUCH better than the first ones I “decorated” not too long ago. Don’t you think?