Mole Wings are rich and delicious air fryer wings tossed in a mole sauce.  The sauce is simple and easy to whip up for the wings. This is version 2 of the mole wings. Initially, I went with a dry rub wing using this rub. However, they didn’t get crispy. They just seemed to get, well, burnt. I mean, even I said they were burnt which I usually don’t do. But they were. Just burnt.

I knew I wanted to use the rub from this recipe. Because why reinvent the wheel, right? If you have a recipe that works, just repurpose it. So, that’s what I did. But it didn’t quite work as a rub for wings in the air fryer. I’ll have to rethink that one for later. Because I really want to use it as a dry rub for wings. How do you make mole wings?

So, if you have this rub and it doesn’t quite work as a rub in the airy fryer. But you want to make mole wings for Chocolate Week. What’s a blogger to do then? Well, take that rub and make it into a sauce. A mole sauce.

But I didn’t want to go through all the rigorous steps to make an actual mole sauce. So, I did the next best thing. I made a shortcut version of mole sauce. And, I have to say, it tastes amazing! I actually spread some on some fried eggs on top of tortillas for breakfast the other day and it was FABULOUS! How do you make mock mole sauce for the mole wings?

So, there is the can of enchilada sauce. And some spice mix. I combined the two, simmered it for a while, and came up with this really delicious mock mole sauce. It was so good, the hubs even said it tasted great. On the wings and by itself. I was floored. My sister and I were talking about this over Christmas. Making enchilada sauce. I don’t know how we got on the subject, but we did. Dad used to make what he called Mexican breakfast. He fried a couple of eggs, put them on tortillas, drizzled them with the homemade enchilada sauce, and broiled some cheese on top.

The homemade enchilada sauce? Tomato sauce and chili powder. No. I’m not kidding. There was probably more spices in there. I’m sure cumin and maybe some onion powder? Don’t quote me on that on. But it was a simple sauce that tasted so great on those breakfasts. And that’s what made think of putting the mole spice mix in the enchilada sauce. And it was a great idea because it tastes delicious. Can you use just the rub on these mole wings?

I tried that first. Because that was my first idea. Toss the wings in the rub and some olive oil and air fry them. After the initial 10 minutes in the air fryer after roasting them they did not look crispy at all. I put them back in the air fryer for a few more minutes and they came out burnt.

Initially I thought they were just darker in color because of the cocoa powder. But no. the wings that were on the top were just burnt. Even I didn’t want to eat them. The wings farther from the heat source were less burnt, but they still had an extra dark color and not from being air fried.

So, I’m wondering if the cocoa powder and brown sugar in the rub didn’t do well in the air fryer. This is a theory I will test later. The next thought I had for these wings was a toss in some butter with the spice rub in there. But something about that just didn’t seem right to me. I feel like it would be like eating a spoonful of the spice mix. That doesn’t seem appealing to me.

Then I thought about simmering the spice mix in the butter and make a flavored butter. That seemed like a lot of work and I wasn’t sure how it would really turn out. So, I turned to making a sauce to toss the wings in. And it was the best decision I made. They are so delicious! The rich sauce with all the mole flavors taste perfectly delicious on these air fryer wings. Of course, you don’t have to air fry them. I just like the way the wings taste with the crispy skin and the delicious sauce.

These wings were extra saucy for the pictures. But the wings we actually ate had less sauce on them. I didn’t mind eating these wings, too. Because I think the sauce tastes so rich and delicious. You can taste the cocoa powder, all the spices, and that hint of peanuts after taking a bite.

Yes, there’s ground peanuts in the rub. And it adds this richness to the sauce you don’t get without them. Sorry for those with a peanut allergy. I can’t even thing of a substitute for them. Sunflower seeds! Or sunbutter. Maybe some pepitas if you can find them. Those would be great substitutes for peanuts.

Just look at that rich, red color! You know they will taste so good. There’s a little tang from the enchilada sauce, the rich chocolate and Mexican spices, and the crispy wings. My mouth is watering. I still have some sauce. I see another batch of these mole wings in my near future. Like maybe tomorrow.

Mole Wings are rich and delicious air fryer wings tossed in a mole sauce. The sauce is simple and easy to whip up for the wings.

Not so much. It wants to account for the whole sauce. 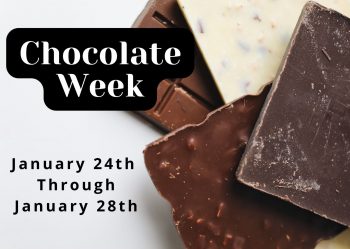