It’s REVEAL TIME! Reveal for what?? For the…. 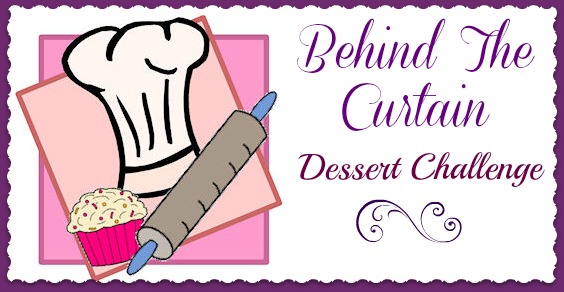 Yes. After putting this on my calendar for the last few months I was FINALLY organized enough to actually participate in it!! Trust me. It’s on my calendar from here on out and I will make sure it’s on there for next year, too. I haven’t done enough sweets baking lately. Of course, that may all change after this weekend, but you’ll have to wait to find out about that!!

So, the 411? The Lady Behind the Curtain, a.k.a. Sheryl, has this dessert challenge. The first 10 months of the year, she selects 2 ingredients and your job, should you chose to accept it, is to create a dessert using those two ingredients. But you can read all about it
Here.

This month, it was white chocolate and Peeps. I love the look of Peeps, but I’m not really a huge fan of the whole marshmallow-by-itself thing. I love them melted in treats. That’s about it. Since I didn’t really feel like making some purple treats, which could have been kind of interesting, I went the other route and did a take on rocky road! You know, that stuff that’s slathered in chocolate and filled with marshmallows and nuts? That stuff?

And since I’ve been dying to make some brownies – No, I didn’t get my fix with the SRC reveal – I decided to whip up some blondies for my white chocolate rocky road. But not just any ole blondies. OATMEAL blondies. Hearty, tasty, delicious Oatmeal Blondies!

I know what you’re thinking, “They’re heavy!” Nope. They’re not. “They’re hard as a brick!” Nope. They’re not! Heck, even I thought that when I first cut into them. “Uh oh. These look dry.” But they weren’t!! They were light and tasty with just enough sweetness to make it feel like a dessert, but not kill you with all the sugary sweetness that white chocolate has to offer. Which is one of the main reasons I don’t like white or even milk chocolate; TOO SWEET!

I couldn’t resist the purple Easter grass. Though, now I wish I did. MAN! That stuff is just UNRULY! Maybe I can convince of the cowork-peeps to adopt the rest of my grass. OR I guess it can go in the prop bin. If there were such a thing… Considering they’ve eaten almost all the bars, I think they were a success! Hopefully, I’ll be organized enough to participate in next months’ challenge. It’s strawberries and cream cheese for Mother’s Day!! Maybe strawberry macaron with cream cheese filling? *shrugs*