For those that don’t know, SRC (Secret Recipe Club) is a group of extremely talented bloggers, chefs, and food-thousiasts like myself. Once a month, we sign up to participate and once a month we’re assigned a fellow blogger in our group. Once we have found and created or re-created a recipe on the blog we are assigned, we create a post telling everyone about our assigned blogger, their blog, and the chosen recipe on our specified group reveal date. I’m not explaining it all that well. So, you’d better head on over to their website and read about it yourself. It’s awesome and I’ve found some really wonderful blogs to follow and be inspired by. 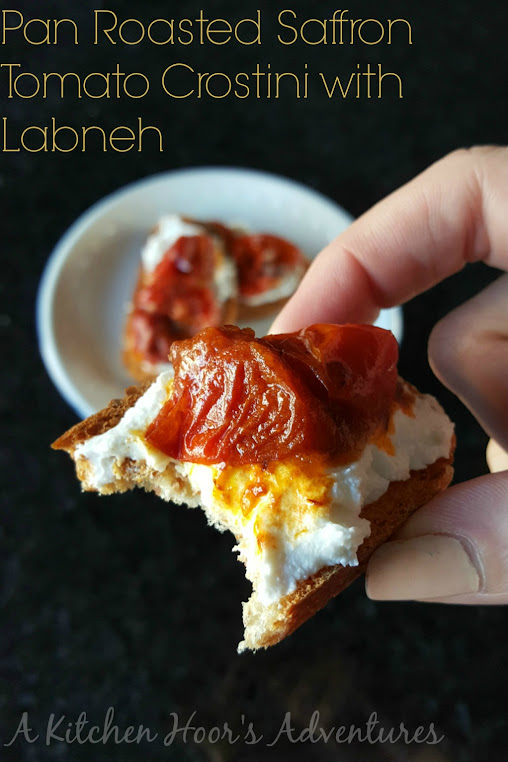 Actually, it’s sort of two. But I’ll get to that in a minute.

This month, I was assigned Couscous & Consciousness. Sue’s blog is over flowing with delicious recipes. The ingredients, while not uncommon, are usually not found on most blogs I read. I was thrilled to scroll through her recipes to get inspired. 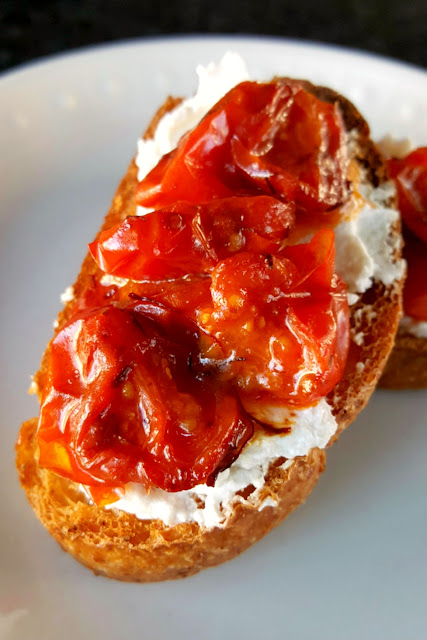 I loved scrolling through her recipes because she has some that are quick to make. Since she sometimes teaches in the evenings, she has to whip up dinner on the quick. That’s been our life lately, late getting home = fast dinners. 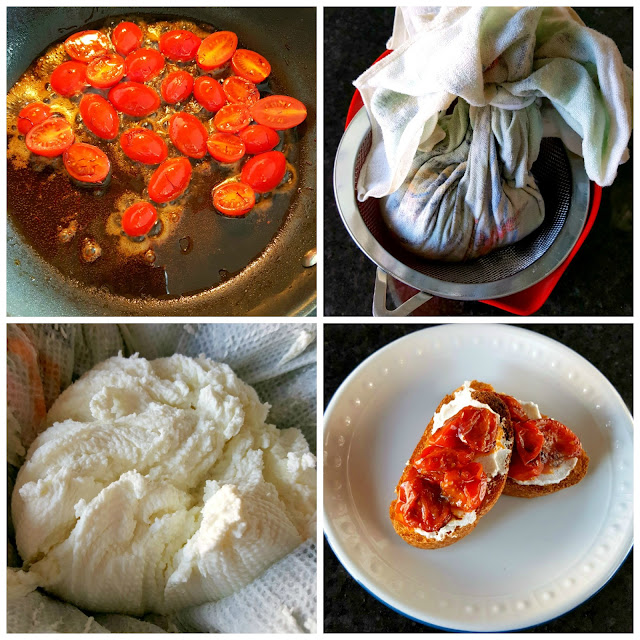 So, now, back to the two recipes. I spent at least two weeks trying to pick just one recipe to cook up. And, well, I couldn’t. I latched on to this recipe for Saffron Roasted Tomatoes with Labneh. It looked fabulous and the flavors were so intriguing me. But, I couldn’t find labneh. So, I just had to make some of that, too. Honestly, you can’t have one without the other! 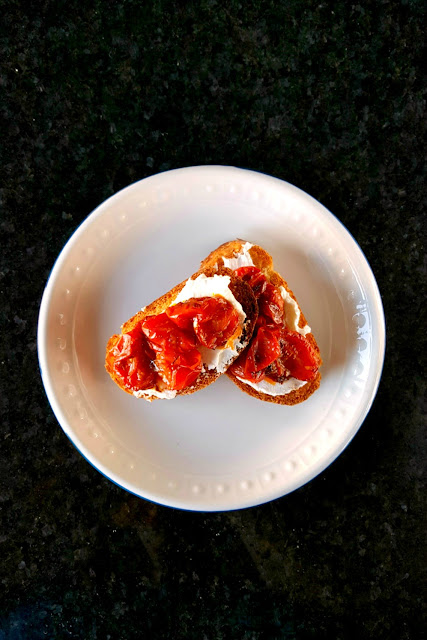 I had been reading about this new, hot, delicious food trend; at least in the blogosphere. It sounded creamy and delicious and I just HAD to make some. And boy, am I glad I did!! This stuff is AMAZING! It’s like goat cheese only tangier and made with ingredients you can get at any grocery store. Its Greek yogurt and salt. Voila. How hard is that? 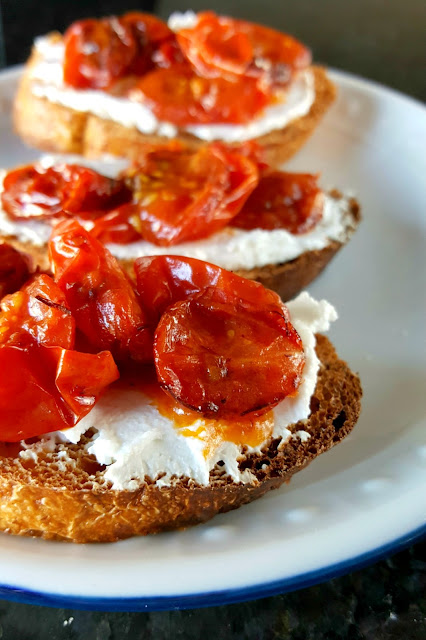 But something that tangy needs something sweet to counter it. Enter the delicious tomatoes. Now, Sue roasts them in the oven with some harissa and saffron. I had another idea for saffron roasted tomatoes. I wanted to pan roast them. I wanted to pan roast them with some butter and some saffron. I was thoroughly intrigued by those two flavors paired with some browned butter. And I will admit that I almost licked the pan. 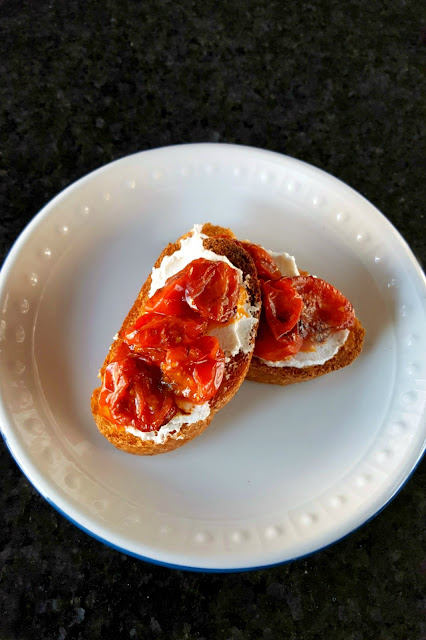 The butter is cooked until it just starts to brown. Then you add the saffron and allow it to flavor the butter a few minutes before putting in the tomatoes. The tomatoes are cooked until they’re start to break down, but only just. When that happens, remove the pan from the heat, toast up your bread, and sit down to enjoy some amazing tomato and labneh flavors! 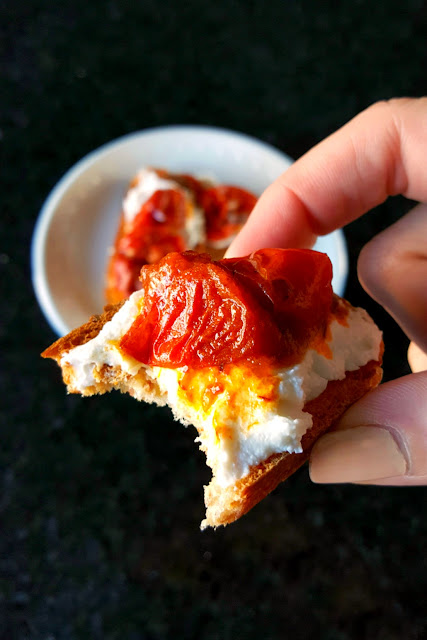 I mean, just look at that bite! Some labneh, some tomatoes, some fabulous saffron browned butter. With flavors like this, how can anyone resist not reading Sue’s blog, Couscous & Counsciousness.

For the pan roasted saffron tomatoes: