S’Mores Popsicles are full of chocolate fun with marshmallow fluff coated with more chocolate and graham cracker pieces. They’re fun to make and oh so delicious for summer.

Popsicles are awesome. Aren’t they? They come in almost every flavor imaginable. Popsicles are fun to eat. And they can be for big and little kids alike. I have an adult popsicle coming up later this week. Stay tuned!

I know I have talked about there being a theme with these weeklong events. For this event, it’s popsicles. We used to eat them all the time. The fruit kind and occasionally the chocolate kind. But mainly the fruit kind. But we haven’t had them in a while. I think the hubs got bored with them.

He started requesting pie for dessert.

But when it’s this hot outside, and bound to get hotter, all I want to do is sit under the fan and eat popsicles. For all three meals. I hate summer. I hate being hot and cannot stand to sweat unless I’m doing it on purpose. Like hiking or something.

Sometimes we car camp to hike. We all know what is synonymous with camping. S’mores!! To be honest, I don’t remember having s’mores as a kid. Maybe once? And I think I’ve only had them once or twice as an adult. It’s just not a treat we eat often. Not that I don’t like them, we just don’t eat them. I guess we don’t camp enough? Which is crazy because we have a TON of camping gear.

As usual, I had to look up the history of the s’more. I mean, who in their right mind would thin of such a crazy camping dessert? That would be the Campfire Marshmallow company. They published a recipe for a graham cracker sandwich in the 1920s. This recipe was wildly popular with the boy and girls scouts, as you can imagine.

In 1927, the Tramping and Trailing with the Girls Scouts had a recipe for Some More. Written by a troop leader by the name of Loretta Scott Crew, it was a recipe for the iconic graham crackers with marshmallows and chocolate. Fast forward about 10 years and the Some More became S’Mores which were popular at summer camps.

From then on, it’s just a series of one kid centric cookbook after another. Finally, Betty Crocker published it in 1957. I’m sure that solidified it as an actual recipe that families would enjoy for decades. In fact, during the summer months half of the marshmallows sold are for making s’mores.

Everyone is trying to capitalize on this American icon. From Pop Tarts to cereals and even martinis; s’mores are almost as widespread as pumpkin spice. But I don’t think you’re going to find s’mores scented kitty litter.

It just goes to show that s’mores flavors are pretty much everywhere. Which lead me to make delicious s’mores popsicles. It only makes sense. Summer is for camping and campfires. It’s also known for the ice cream man and popsicles. Marry the two and voila! S’mores Popsicles are born.

This is a double whammy of a history lesson. I sit and wonder how in the world recipes or food gets invented. Popsicles. You can’t tell me if they weren’t a thing that you would have put some fruit juice or pudding or some other liquid in a paper cup with a wooden stick in the freezer. Maybe my mind just isn’t THAT creative.

That’s basically what happened. An 11-year-old kid put some powered soda, water, and a stirring stick in a cup and left it out on the porch. The temperature dropped below freezing that night. Much to his dismay, it froze. He ran the glass under some warm water to remove the popsicle. It had a great handle, it was easy to eat, and it was delicious. So, he kept making them.

When he was an adult, he filed for a patent for this invention. Originally named Eppsicles, his kids were calling them pop’s ‘sicles. That’s the name that stuck. They sold initially for 5 cents and came in seven flavors. The double became wildly popular during the Depression. They could feed two kids for the price of a nickel.

Popsicles are made in Nevada, Maryland, and Missouri. While they make Jolly Rancher flavors among many others, cherry is still the best selling popsicle. I think orange is my favorite flavor. You’ll find out about this a little later this week.

So, now that you’re schooled in both popsicles and s’mores, let’s talk about these s’mores popsicles.

I imagined much bigger swirls of the fluff throughout the chocolate. I’m here to tell you, that’s not going to happen. Unless you heat the fluff up, maybe? I wasn’t even going to go that route. I started to stir in the fluff and it just wouldn’t stir. The fluff was giant lumps of marshmallow in the chocolate pudding.

So, I grabbed my hand mixer and went to town. I figured, if it completely blends in, then so be it. It will at least have marshmallow flavor in there. Much to my surprise, it turned into smaller balls of fluff throughout the pudding. Thrilled with that result, I proceeded to make these popsicles.

Of course, it makes pouring the mixture into the popsicle mold difficult. Take it slow. Have patience. And make sure you have some paper towels or a clean dish rag to wipe up any extra that hits the edges of the mold. If you don’t, it can make it difficult to remove the lid off the popsicle mold.

As an Amazon Associate and member of other affiliate programs, I earn from qualifying purchases.

There are 45 incredible bloggers participating in this year’s #SummerDessertWeek event! Thanks to those bloggers, we have over 150 summer time sweet treat recipes being shared this week! Grab a few recipes to try out and don’t forget to enter the giveaway below! Scroll down to take a look! 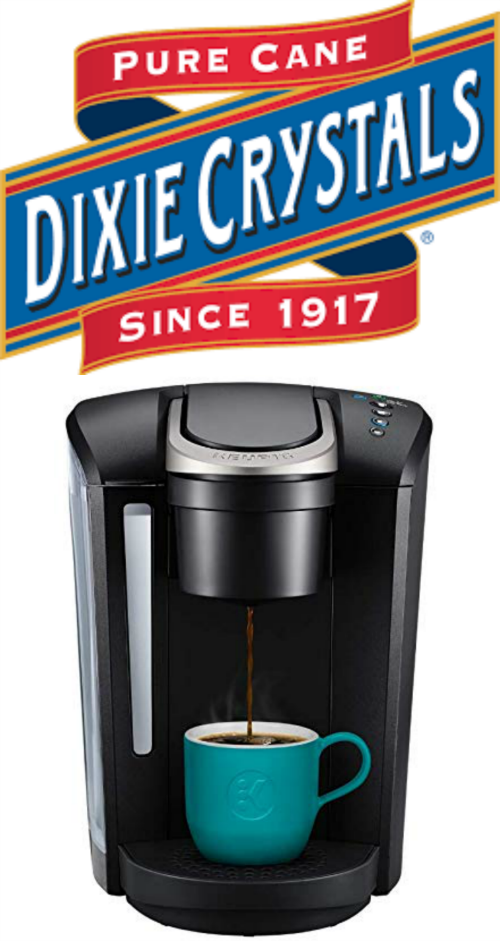 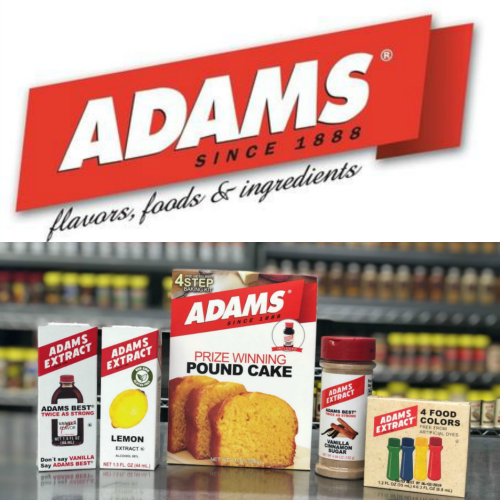 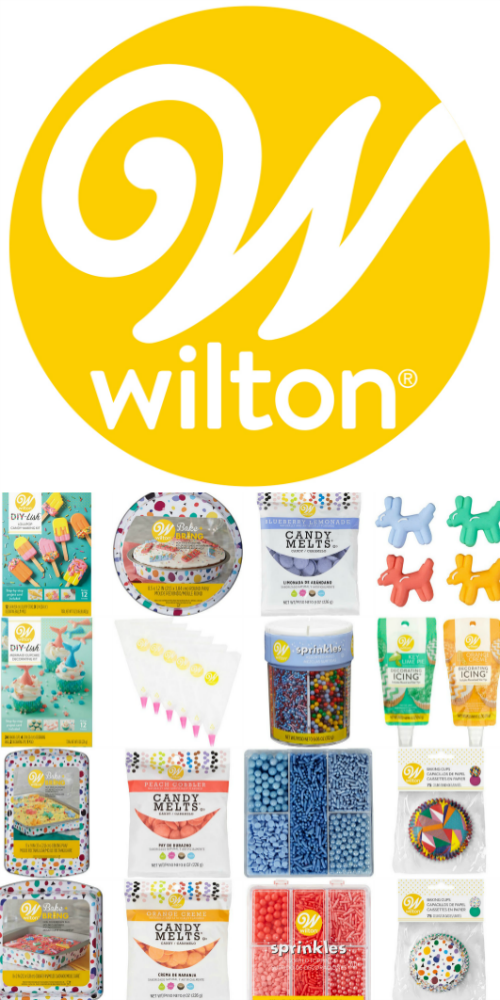 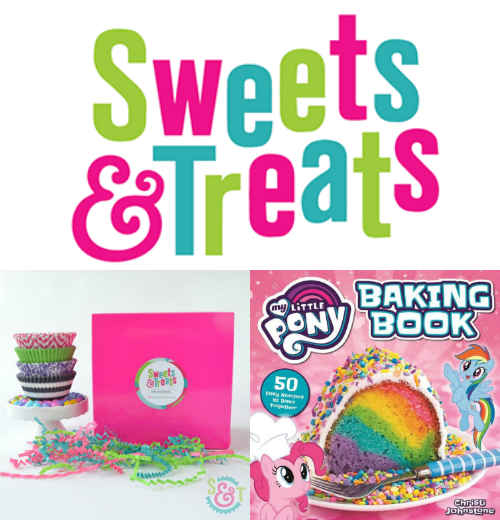 Prize #4 — Sweets & Treats Boutique is giving away 1 (one) baking supply box including an assortment of sprinkles and cupcake liners as well as one of Love From The Oven’s recent cookbooks! 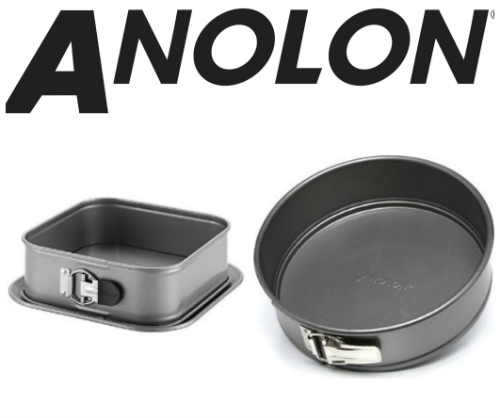 Giveaway open to US Residents 18 years or older. All entries will be verified. No PO Boxes Please. Prizes will be sent directly from sponsors to winners, bloggers are not responsible for prizes. This giveaway runs from July 7th – July 14th at 12AMEST. Winners will be selected soon afterward and contacted by e-mail. Winners will have 48 hours to respond or a new winner will be chosen. There are a total of 5 (five) prizes and therefore we will have a total of 5 (five) winners. No purchase necessary. Void where prohibited by law.

Disclaimer: These posts and recipes are part of the week-long event, #SummerDessertWeek but all opinions are 100% mine! We would like to Thank our amazing sponsors: Dixie Crystals, Adam’s Extract, Wilton, Sweets and Treats Shop and Anolon ! These wonderful sponsors provided the prize packs for our giveaways and also sent samples and products to the #SummerDessertWeek bloggers to use in their recipes.