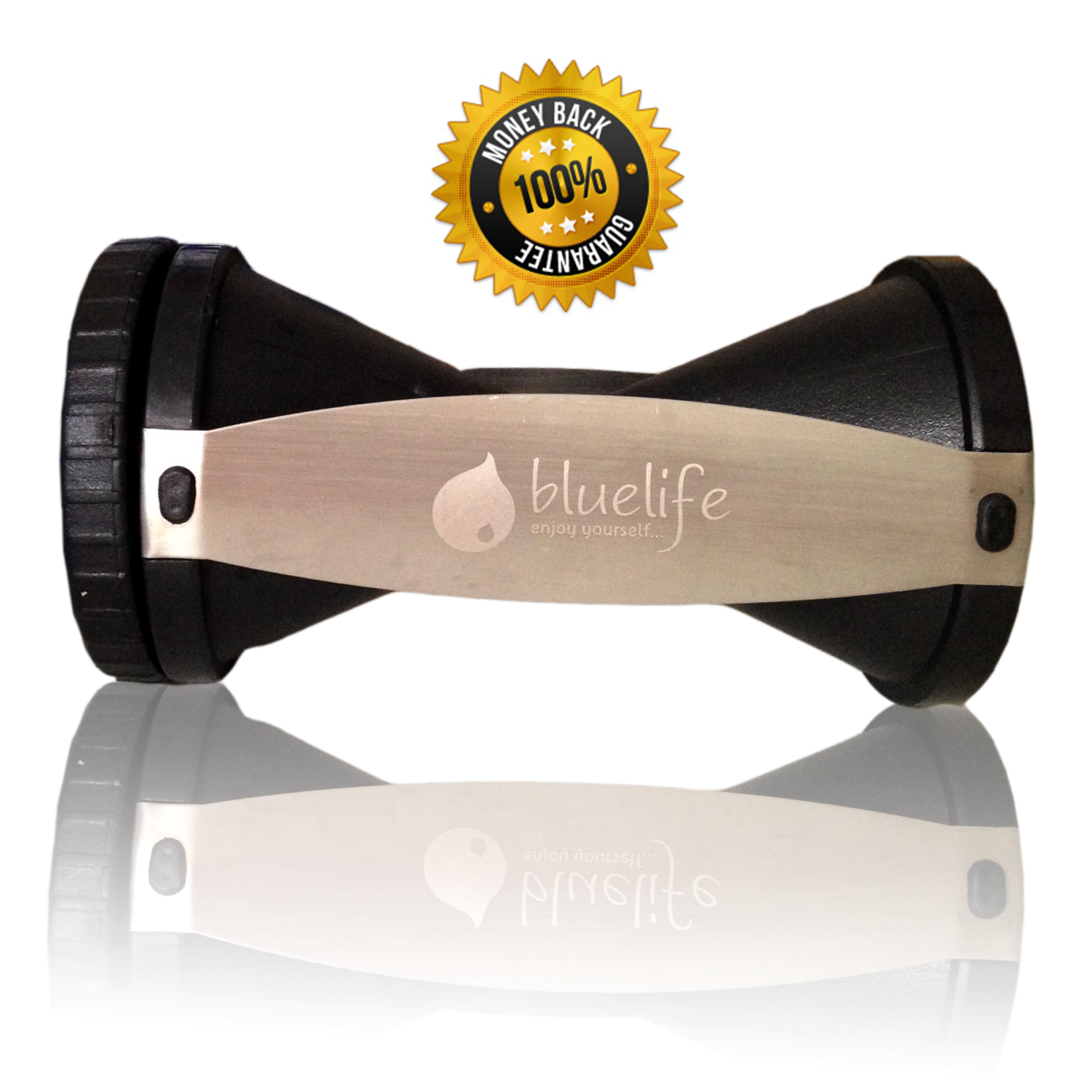 Yup.  I’m following the trend!  ZOODLES!  Actually, I just want to find a really good #SpiralSlicer so Dad, who’s doing the low/no carb diet, can have “pasta” that doesn’t look and taste like cardboard.

Yup.  I’m doing this for Dad.  It’s tough, I know, but I’ll stick it out and force myself to make endless zoodles in an effort to find something Dad-worthy.

I bought one.  A spiral slicer.  It was plastic.  It was cheap.  It sucked.  Like REALLY sucked.  So, when BlueLife had this on Tomoson to try for free I cliked apply so fast I broke light speed.

My zucchini doesn’t look all that purdy in these pics, but honestly, it made noodles out them fairly easy, with not much effort, and they did have the size and shape of a spaghetti.

See?  I was so excited once I got the hang of it!  No.  Other than that cheap-as… Well, that OTHER spiral slicer, I’ve never used one.  So, yes, it took me a minute to get the rhythm going, but once I did, I was making zoodles galore!  It is so easy to use.  If you can sharpen a pencil, you can make vegetable noodles!  I actually had to stop myself because I only needed 2 cups for what I was making with these zucchini slices.

Looks like spaghetti doesn’t it?  I’m actually thrilled to make zucchini noodles with this slicer.  It’s so easy to use and takes little effort to crank out healthy, vegetable noodles for big and little kids!  Sneak some alfredo or pasta sauce and they won’t know they’re not noodles.  Especially if you peel the zucchini first.

The blades are VERY sharp, stainless steel blades from Japan.  So, be careful!  They’re sharp!  I LOVE that it comes with a little brush to easily clean the #spiralslicer when you’re finished using it.  A little rinse with some hot, soapy water, a flick of the brush, and it’s ready to use again!

Carrot noodles?  Beet noodles?  Oh yeah!  Turnip, sweet potato, cucumber, potato!  Those are just a few suggestions.  And there’s a thick slicer side so I can make papardelle shaped veggie noodles, too!

So, there’s my 2 cups of noodles that took all of 5 to 10 minutes to prepare.  It would have been shorter had I been an experienced zoodler, but it is what it is!  Experienced zoodler.  Doesn’t that sound like some kind of dance?

And when you’re finished you have the start of a fairy house you can carve out of the zucchini stub.  At least that’s what I thought of when I saw the end of the zuke when I was finished.

Make sure to head to their website and see what other products they offer up!  I’m following them on Facebook and Twitter to see what other consumers are using their #spiralslicer for!  The ideas just keep coming!

I received one or more of the products mentioned above for free using Tomoson.com. Regardless, I only recommend products or services I use personally and believe will be good for my readers.